Our approach is to provide a fun, child-friendly ‘home from home’ environment combining specialist equipment and therapeutic exercises.

We provide unique and intensive physiotherapy programmes incorporating the Universal Exercise Unit (UEU) also known as the ‘spider’. The ‘spider’ is a series of bungee ropes in a frame that support the child in any position while the physiotherapist carries out exercises to help develop and build the child’s muscles.

We help treat the following conditions:

Home programmes are specially tailored for each child and are given to parents at the end of block sessions so that parents can continue the important exercises at home.

To find out more about our available physiotherapy session dates for registered families please call Karen on 020 8313 3707.

New families can book an initial assessment with one of our physiotherapists *free of charge (*subject to pre-assessment criteria).

Our physiotherapy programmes are tailored specifically for each child and include:

Take a tour of our centre 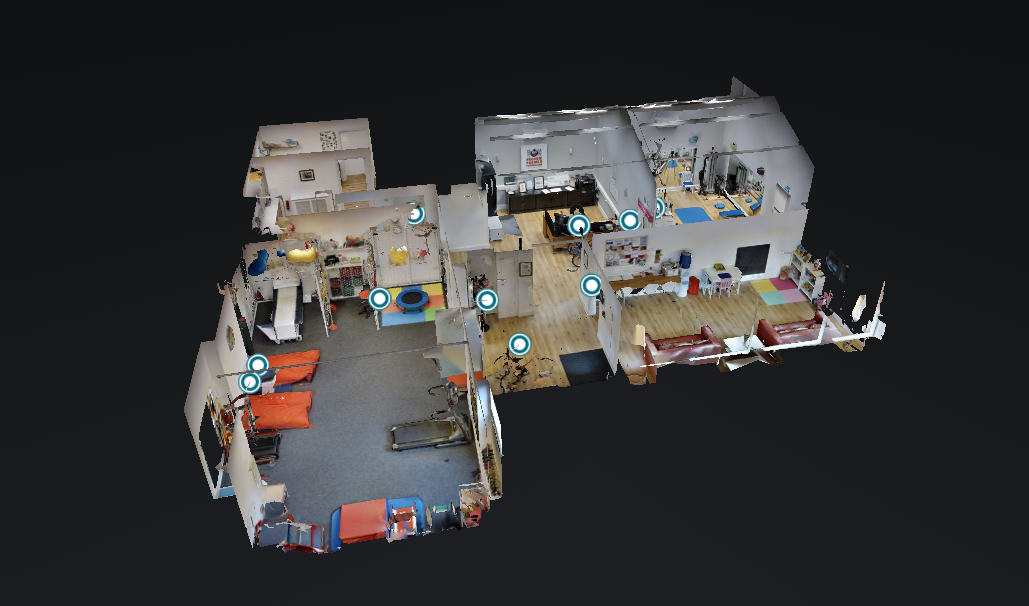 Sonia Verma joined the Freddie Farmer Physiotherapy Centre team in 2016. Before that she worked as a Paediatric Physiotherapist for a non-profit organisation in India before moving to London in 2011 to work with people with learning difficulties and complex needs.

Sonia is proud of her work supporting disabled children and says, ‘this is a place where my background, experience and skills can be put to good use to make great things happen’.

Colin’s background is in sport and disability sports. He took up a position with Millwall FC as an Academy Physiotherapist and worked there for 17 years at all levels, Academy, Reserves and First Team. He also worked with the FA Disability teams and with Dwarf Sports Athletics UK.

He later moved across to Gillingham as First Team Physiotherapist for 2 years, and then took a position in private practice but continued his link with disability football with the London FA Crystal Palace Training Centre in South East London.

Roman joined the Freddie Farmer Physiotherapy Centre in 2019. He started his career in Bulgaria as a respiratory physiotherapist before moving to Istanbul. He has worked in hospitals and in sport physiotherapy and is experienced in the use of the TheraSuit and Spider cage having first used it with children and young people in Turkey.

Roman is really proud and passionate about working with children with special needs.

Menelaos joined the Freddie Farmer Physiotherapy Centre in 2021. He studied in Budapest, where the Spider Therapy is the core treatment of Neurologic Rehabilitation Strategy.

Menelaos has a passion for fitness, goal-orientated therapy, and functional therapy. Bodybuilding and martial arts is his ‘go to’ activity in his free time.

Safiyah joined the Freddie Farmer Physiotherapy Centre in 2021 and is looking to pursue a career in Physiotherapy. She absolutely loves working with the children we support and helping to be a part of their journey.

Her interests outside of work include dance, music, and spending time with family and friends.

Fun fact: Safiyah was on Britain’s Got Talent!

She loves her job as Charity Centre Manager because it is so varied, from organising fundraising events to meeting and greeting our parents and children. ‘You have to be organised and good with meeting people.’ Karen’s in her element!

Karen is committed to ensuring the foundation is a success to help Freddie and lots of children like him to achieve their full potential.

“It’s amazing to have a local and affordable centre with such a fantastic team. It’s a brilliant combination of physio and fun, brilliant team and a friendly atmosphere.”

We use cookies on our website to give you the most relevant experience by remembering your preferences and repeat visits. By clicking “Accept”, you consent to the use of ALL the cookies.
Cookie settingsACCEPT
Manage consent

This website uses cookies to improve your experience while you navigate through the website. Out of these, the cookies that are categorized as necessary are stored on your browser as they are essential for the working of basic functionalities of the website. We also use third-party cookies that help us analyze and understand how you use this website. These cookies will be stored in your browser only with your consent. You also have the option to opt-out of these cookies. But opting out of some of these cookies may affect your browsing experience.
Necessary Always Enabled
Necessary cookies are absolutely essential for the website to function properly. This category only includes cookies that ensures basic functionalities and security features of the website. These cookies do not store any personal information.
Non-necessary
Any cookies that may not be particularly necessary for the website to function and is used specifically to collect user personal data via analytics, ads, other embedded contents are termed as non-necessary cookies. It is mandatory to procure user consent prior to running these cookies on your website.
SAVE & ACCEPT